A trail-proven team of strategists,
creatives, and communications experts.
We’re Ready to Pull for You. 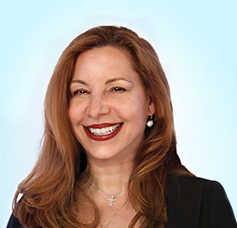 Gloria “Glo” Janata is an award-winning public relations strategist, marketing communications expert and issues management specialist with more than 25 years of agency, corporate and non-profit experience, focusing on health, well-being and beauty. As president of TogoRun, she is responsible for global operations, business development and the financial management of the agency, and provides senior counsel across accounts.

Known for her creativity, passion and drive for excellence, Glo played a pivotal role elevating corporate reputations and brands for several world-leading pharmaceutical companies, including Pfizer, Allergan, Schering-Plough, Bayer and Amgen. All told, programs under Glo’s leadership have won more than 220 industry awards.

Glo is also a seasoned advocate and licensed attorney, admitted to practice in Washington, DC, Pennsylvania and the U.S. Court of Appeals for the Fifth Circuit. Her proudest accomplishments include serving as senior vice president for non-profit Children’s Health Fund (CHF) where she focused on driving support for policy changes to provide access to healthcare for homeless and indigent U.S. children. She currently serves on CHF’s Advisory Council.

Glo began her public relations career at APCO and Hill & Knowlton in Washington, D.C. She was also part of the original leadership team at Chandler Chicco Agency (CCA), serving 16 years in various roles including co-head of the New York office, digital lead and the first managing director of Biosector 2. Immediately prior to assuming the helm of TogoRun, Glo served as Cohn & Wolfe’s global head of health and well-being.

She lives in Nyack with her husband Hank, son Jake and one fabulous Siberian Husky Scarlett, who is said to be a direct descendant of the legendary Togo… 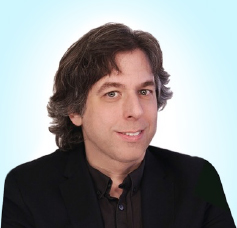 At TogoRun, Joe serves as Global Creative Director and head of StudioTogo, the in-house creative services bureau for TogoRun. His team has completed countless creative projects for medical device industry leader Ethicon (a division of Johnson & Johnson), crafted and launched a successful, multi-channel, unbranded awareness campaign for KYTHERA Biopharmaceuticals “Submental Fullness in Focus” which led to further successful work for the branded KYBELLA™ launch. His work with L’Oréal Paris, and its partnership with the MRA (Melanoma Research Alliance), led to a multi-award-winning, star studded awareness campaign titled “It’s THAT Worth It” with it’s key mission to encourage women in stopping melanoma by wearing sunscreen every day and supporting melanoma research to find a cure.

As Vice President of Creative and Digital Experience at Cohn & Wolfe Group, Joe commanded many accounts as well as new business. In 2012 he designed, directed and edited  multiple graphics and video spots for the Children’s Health Fund’s annual Paul Simon Radio City Music Hall concert and directed Morgan Freeman, Robert De Niro, Julianne Moore and many others. His three directed/edited commercials for Nokia gained national attention and won several PR awards including “Best Consumer Launch” 2012/2013 for the PR Week Awards as well as a 2012 Sabre and  Popcorn award.

oe began his career in Health, Beauty and Wellness at Moxie with countless launches for Garnier and Maybelline and at Dallas based, NYC agency IMC2, where he worked on many high profile brands like Dr. Scholls, Celebrex, Levitra, Seasonique, Miralax, Coppertone & others.

Joe has a B.A. in Graphic Design/Illustration from Pratt Institute in Brooklyn, NY and has also completed post-graduate studies in Flash and Final Cut Pro at Pratt Manhattan Center. 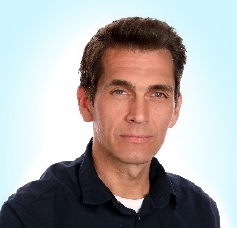 Jason Farrell is a fully-integrated creative director with 25 years of experience offering a unique perspective on concept, aesthetics, and their consistency across print, mobile, web and broadcast media.

An award-winning director of films, videos, and commercials, Jason has worked with national brands such as Variety, Purina, Reynolds, Gaylord Hotels (Marriott) and Vans Shoes, as well as national musical acts Bonnie Raitt, N*E*R*D/Pharrell, OFF!, and Jonas Brothers.

Jason has a rich history in music and lifestyle marketing, branding and design, incuding packaging, websites, and hundereds of album covers. Through his work in publishing (Primedia, Variety, Deadline/ Awardsline), he has rebranded national magazines and led the creative and aesthetics of each issue.

For the last five years, Jason has brought all these skills to bear for top clients in health, wellness, beauty and aesthetics including Kythera, Lilly, L’Oréal, Johnson & Johnson, and Novo Nordisk. Recently, he concepted, produced, co-directed, and edited the video campaign for Obagi SKINCLUSION—a global awareness initiative on diversity and inclusion featuring Priyanka Chopra Jonas—which has garnered 2 PRSA Prism Awards in 2019, along with over 5 Million views and over 3 Billion impressions to date across traditional and social media. 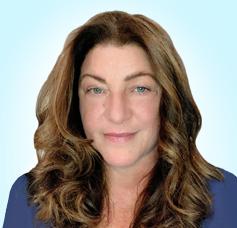 With decades of public and media relations experience in and passion for consumer health, beauty, health & wellness, pharma & biopharma, advocacy and consumer public relations, Dawn plays a valuable role in developing and implementing a broad range of integrated national and grassroots media campaigns and marketing communications initiatives that generate results for our clients.

Her creative and strategic counsel, plan development, and the implementation of national and grassroots integrated media campaigns that generate results for clients including Obagi Cosmeceuticals, LANEIGE North America and Canada, Thermi LLC, Solta Medical and Inovio, among others.

Dawn holds a Bachelor of Arts degree in Speech Communications and a double-minor degree in psychology and creative writing from Ithaca College, New York. She holds a position on the Board of Directors for 321 Empower, a U.S. and Canada charity founded by celebrity fitness trainer Ramona Braganza, with a mission of changing girls lives from survivors of India’s human trafficking to certified fitness trainers. The goal is to empower young women through the strength of mind, body, and spirit and provide them with educational skills to help them to seek employment to live healthy, independent lives. 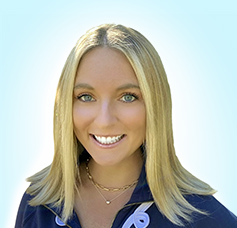 Brittany is a Managing Supervisor and Partner at TogoRun, with 5+ years of experience in the health and wellness public relations industry. Brittany is a driven and enthusiastic public relations professional who believes that good energy is contagious and lives off of the “glass half full” mentality. Her passion for making an impact in the healthcare industry helps to drive her day-to-day work. Over her 5+ years in the industry, Brittany has worked in a wide variety of therapeutic areas for pharmaceutical and biotech companies, such as oncology, diabetes, women’s health, and infectious diseases. Brittany also specializes in beauty, skincare and medical aesthetics.

Brittany’s expertise ranges from media relations and event planning to social media and corporate communications. She has helped to spearhead several unbranded campaigns, such as Obagi’s SKINCLUSION™ and Pfizer’s Find Your MBC Voice, and has also helped to lead a variety of product launches, including Obagi’s Professional-C™ Microdermabrasion Polish+ Mask and Obagi’s ELASTIderm® Facial Serum. Brittany also played a key role in the launch of the Obagi Clinical brand into Sephora, as well as the launch of Revance Therapeutic’s RHA® Collection into the United States. Separately, Brittany helped to spearhead the inauguration of Servier Pharmaceuticals into the United States.

In her free time, Brittany enjoys furthering her “side hustle,” Britt’s Best Bites, photographing and reviewing restaurants around New England. Brittany is from Northborough, Massachusetts and is a graduate of Roger Williams University in Bristol, Rhode Island. 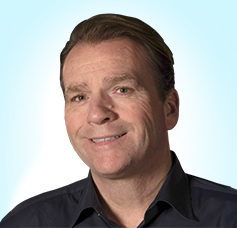 Jon is a seasoned, insight-driven strategist with a proven ability to plan and execute successful stakeholder engagement and market access initiatives that increase brand awareness and influence target audiences. Jon is responsible for strategic development and execution of integrated public perception programs for our clients, focusing on product, policy, and corporate communications and leveraging paid, earned, shared, and owned media to shape opinions across government, investor, payor, HCP, and consumer audiences.

Jon is a graduate of Southern Methodist University’s (SMU) Dedman College of Humanities and Sciences in Dallas, Texas and holds a Bachelor of Arts degree in Political Science and a double minor in Art History and Business. Jon lives in Washington, D.C. with his wife, Diane. They have two children, enjoy playing tennis and boating on the Chesapeake Bay.

Come Run With Us

Do you pride yourself in your work ethic? Seek new solutions where time tested techniques fail? Do you scan the horizon to map a new course, and rise to meet challenges both anticipated and unforeseen? Then jump on the sled to mobilize our shared mission on a global scale. Together we will make the world a healthier and happier place.

The next generation is not simply inheriting the world, they are creating new ways to change it. We appreciate their raw talents, learn from their perspectives, and encourage their growth through hands-on experience in our specialized initiative: The TogoRun Trailblazer Intern Program (TIP).

TIP is designed to provide an inclusive and exciting environment for interns to learn how communications can support or hinder health goals across races, genders, economic strata, geographies, and different disease states. Our collective mission: Advancing Inclusive Communications for a Healthier World.