As the deadliest form of skin cancer, melanoma is also one of the most preventable diseases. A majority of women do not take adequate and consistent precautions by using sunscreen on a regular basis.

On behalf of L’Oréal Paris, TogoRun developed a creative platform — It’s THAT Worth It™ — to link the importance of using sunscreen to the “Because You’re Worth It” L’Oréal Paris tagline, and drive a call-to-action that elevates sunscreen use to a life-saving action. The team hosted a series of celebrity broadcast and print PSAs, urging consumers to lend their social voice by joining the It’s THAT Worth It™ Thunderclap. The team also conducted outreach to 500+ print, broadcast and online news editors; hosted two media events (NYC & Miami) where experts provided information on this disease and how women of all skin tones can protect themselves.

~1 BILLION impressions in print, online and received pick-up in more than 400 outlets

+25M impressions generated from broadcast PSAs aired on national networks, e.g., Oxygen, Lifetime, and Fox Video On Demand, and It’s That Worth It print PSAs have appeared in leading woman books, e.g., MORE and Good Housekeeping

+7M social impressions garnered with increased conversation and use of #itsthatworthit 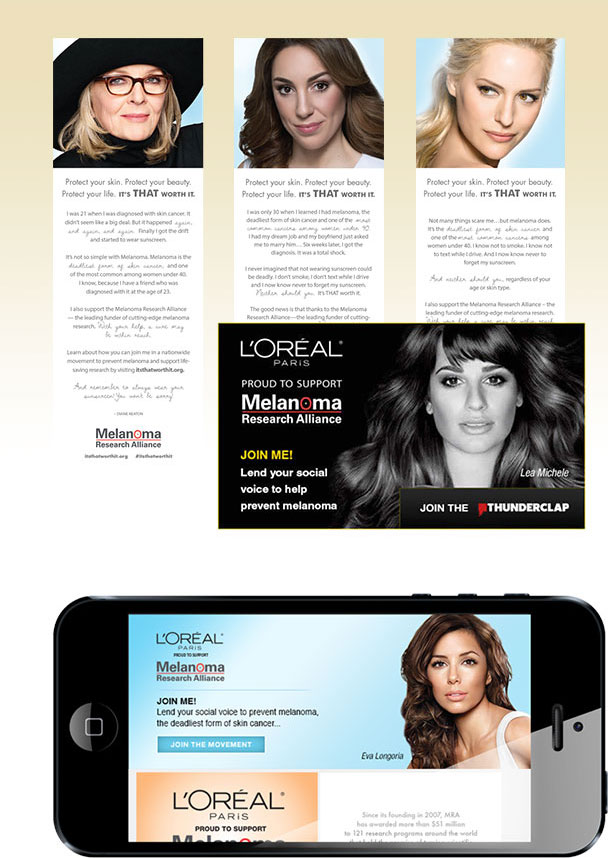