Many biopharmaceutical, pharmaceutical and medical device companies vie for market share in the medical aesthetics marketplace. As KYTHERA prepared to launch KYBELLA™, the first and only injectable to treat submental fullness, also known as a double chin, it looked for help to break into this high-potential space. However, there were two obstacles to overcome: many HCPs were unable to see the need for a treatment for submental fullness, but others, particularly plastic surgeons, viewed an injectable as a threat to the present treatment they provided to patients – surgery.

We launched a fully integrated branded and unbranded campaign to launch KYBELLA™:

KYBELLA™ was 2015’s most successful drug approval in terms of media, generating:

~1,200 engagements with interactive touch-screen kiosk at ASDS medical meeting visited by 1/3 of attendees

$2.1 BILLION sale of KYTHERA to Allergan 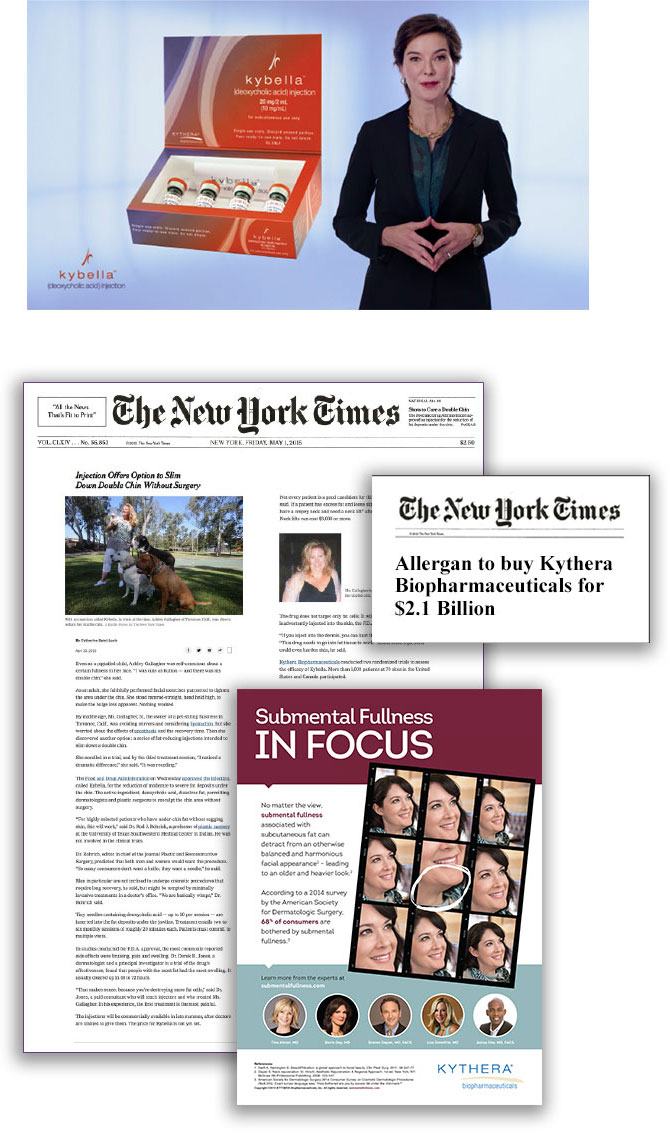